Path: Mines of Gold of the Corralín – Natural Park of the Sources of Narcea

Fuentes of the Narcea, Degaña e Ibias
DISCOVER TOURIST POINTS AND ROUTES !!, Routes and Hiking, WHAT TO DO IN ASTURIAS?, Travel with children, WITH PETS (with dogs), Disabled-accessible
0 Reviews
Add Photos
Write a Review

Natural Park of the Fuentes del Narcea, Degaña and Ibias.
Path: Mines of Gold of the Corralín
The route of the Mines of Gold takes us by Sisterna, that is in the council of Ibias. In its landscape they emphasize chestnuts, that are plantations realized by the man with aims of aprovechamiento, of the wood or of the fruit. In most cases, the castañedo occupies a band close to the meadows, that is, the lower and lower slopes of the slopes and therefore more easily exploitable.
In the vicinity of towns and villages, it is common to find cabornos, old trees of large size and hollow trunk that were peeled to increase fruit production, while the rest of the plantation was used for logging.
The auriferous wealth of the zone was intensely exploited during the Roman domination. The cuts are still visible in the landscape of the area, as in the surroundings of the Corralín, of which a popular saying is said: “Corralín, golden bowl, you throw a stone and a treasure appears”. 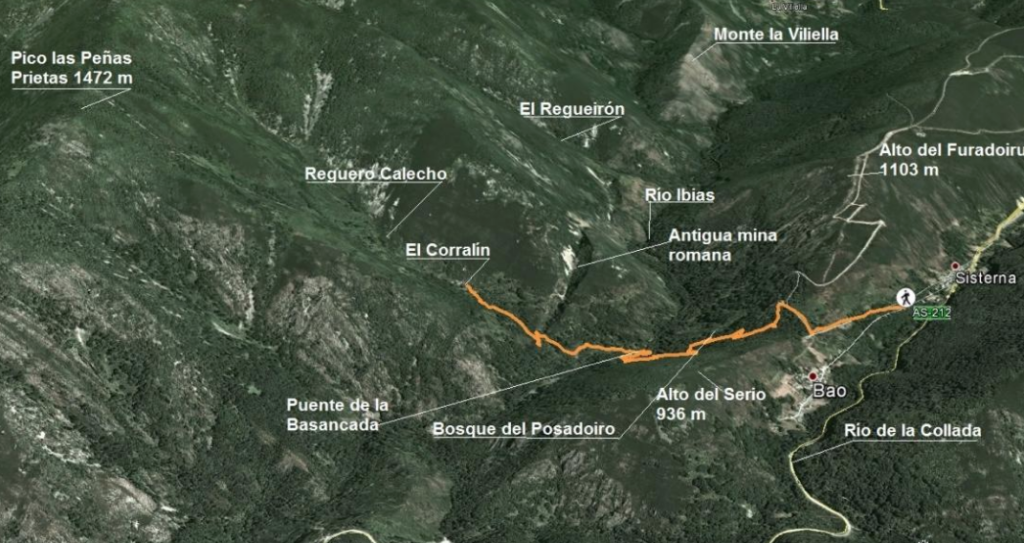 Degree of Accessibility
The accessible path has a length of 900 m, consisting of a section of 300 m of wooden floor and another section of 600 m of aripa soil. The path has a viewpoint adapted for reading Braille 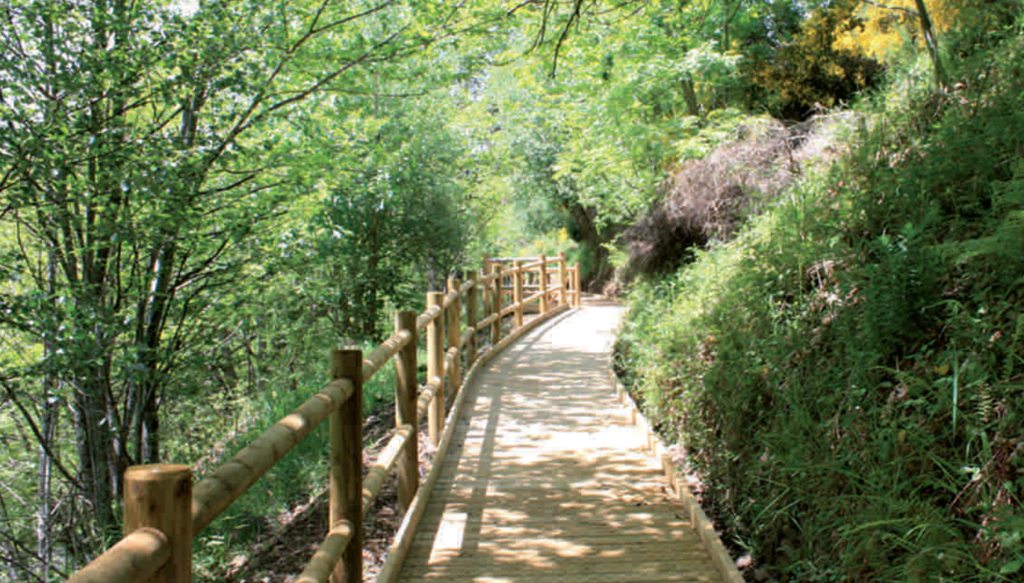