Villar de Vildas, an Exemplary Town in paradise and its route to the brañas

When you arrive in Villar de Vildas you feel like you are in a real Asturian village, where there is no lack of «hurros» (the name given to the granaries here), nor the cattle, nor the typical village windlass where you eat wonder. 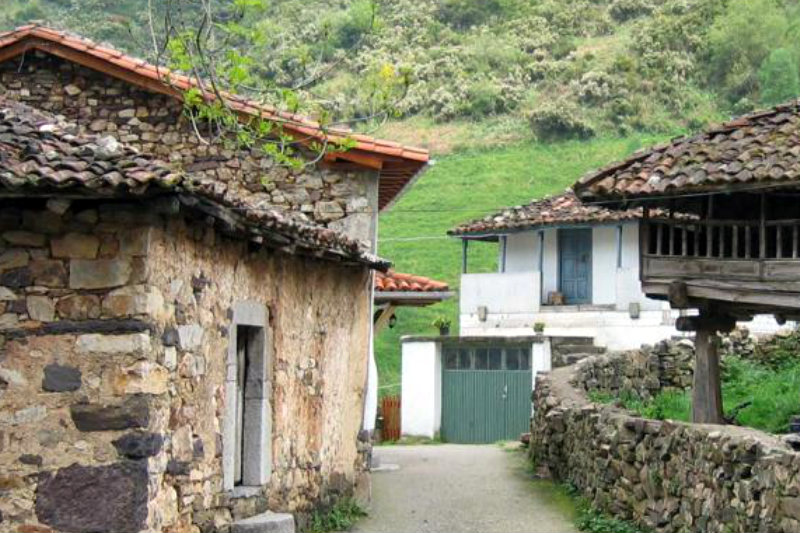 Villar knows and smells like a little village, and puts Somiedo firmly on the map of the most rural and purest Asturias, being also the gateway to one of the most famous brañas: La Pornacal – the largest of those they conserve in Somiedo -, and that is little more than five kilometers from the town. So a walk to La Pornacal will be wonderful.
Your stay in Villar de Vildas will allow you to realize that you are in a town in the middle of paradise!

Route to Las Brañas
The integration of the human factor in nature reaches its maximum expression in the Pornacal, where natural elements such as rock, wood and brooms are used to make the teito huts. Integrated into the landscape, they serve as stables for cattle or housing for the vaqueiros de alzada (transhumant shepherds that moved to these high brañas in the summer with their cattle).
From Villar de Vildas, the forest that surrounds the pastures is decreasing as we gain altitude, after passing La Pornacal is increasingly scarce being circumscribed to a testimonial riparian forest, until you reach the large waterfall that opens on the other side of the valley, to dominate the pastures in the area of ​​Braña Vieja, also called Braña de Los Cuartos.
From here the view of the valley through which we just climbed and where we guess the Pornacal, is sublime, almost perfect, with each element of the landscape placed in its place. 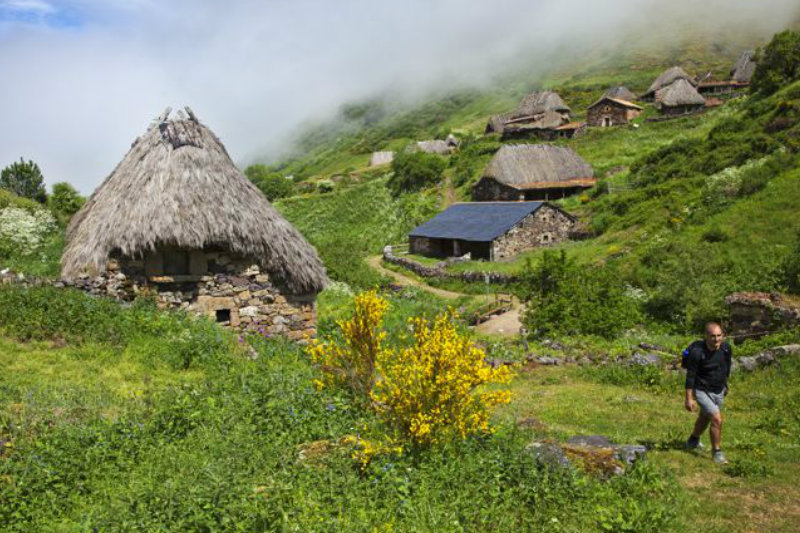 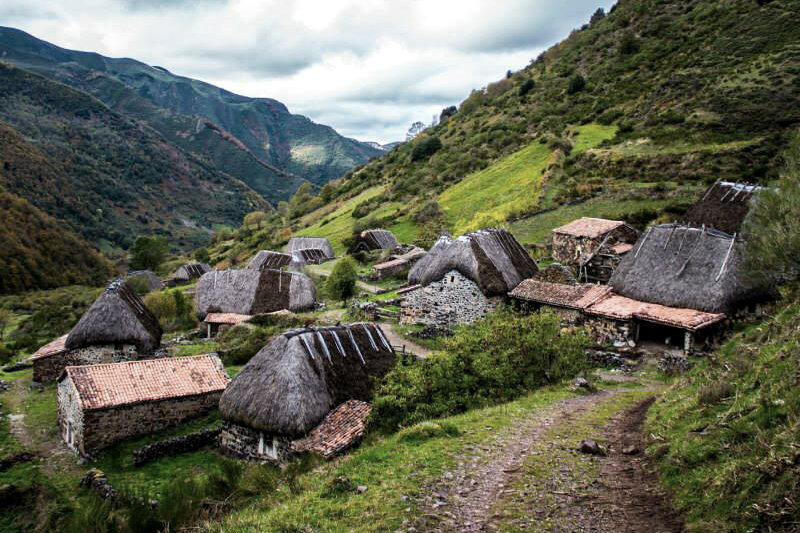 This beautiful route begins in the village of Villar de Vildas, an exemplary village in 2004, located in the Pigueña Valley, Somiedo. At 400 meters, we leave the town by a concrete track that runs to the left of the Pigueña river.
In the first kilometer of route approximately, we already find the first brañas, like that of Vildeu. The brañas can be defined as the population space, rich in pastures and water, inhabited by vaqueiros during summer grazing. They were designed to make the most of natural resources, and they were used for communal use, when spring came, they were occupied jointly by the farmers.
At the height of kilometer 3.6, we find the braña de la Pornacal. It is the largest and best preserved of all Somiedo brañas. Of the 370 cabins registered in Somiedo, this braña is where most of them are registered, about 33. The Pigueña River divides the braña in two and in the center we can find a source to refresh ourselves.
Two kilometers ahead of the previous point, we found a bridge that crosses the river, where we can also see the Corralón waterfall. About 400 meters further, we find a crossroads, we continue straight towards another set of teitos, the braña de Los Cuartos.
At the end of the route, Km 6.5, we are already in the Braña de los Cuartos or braña Viecha (old braña), even older than the Pornacal.
We will return to the starting point of the route along the same road.